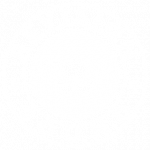 Fighting the Desire for Rawness!

Socially, I understand the want for a raw podcast episode. More than anything, I attribute this approach to laziness and a lack of understanding or concern for the listener.

The biggest fault I witness with podcasters is the inability to sit in the listeners’ chair. Again, I recognize as someone that has tried their hand at many forms of content creation the challenge to relinquish your personal feelings from the product. But – it’s not about the host. It never has been.

Let’s do a bit of reverse engineering, and if this comes across as the most heinous sellout pitch you’ve ever heard, I have succeeded.

Chase the money. For a show (podcast, YouTube, tv, movie, radio, etc) to be successful, funding is unavoidable. The fastest way around this is to do it all yourself which only changes the currency from dollars to hours.

Nowhere does it say, a great host sells a show. The host is replaceable. Let’s flash back to the 90s for a second. Rosie O’Donnell was swiftly replaced by Ellen Degeneres. Howard Stern, while not replaced as king of the Shock Jocks, has lost his stride in comparison to the recalcitrant Joe Rogan. Not to mention the slew of late night television talk show hosts constantly vying for the top spot.

It’s a formula for an audience. Everything in entertainment is a formula, and the host is just a variable. Why is this so important to me? A formula to success was based on observational studies. The same can be said for a formula to failure. I have yet to find a raw show that succeeds. Behind every show purporting to be raw, is a producer, an editing team, a director, and an entire cast and crew working to fit the mold.

It’s time to read Plato’s Allegory of The Cave. Turn around. Stop believing the shadows on the wall. You’re looking for a secret to success – it’s in the formula. Talk to book editors or publishers. Talk to TV news anchors. Dig in and discover that every reality tv show only airs about 5% of what they’ve recorded.  Ever wonder about some of those dating shows on MTV? There’s a director goading the antagonist to stage a reaction worthy of a great promotion.

As homework, watch a handful of episodes of Law and Order. Number each segment before breaking to commercial. Label the segment as introduction, misdirection, character development, climax, denouement, etc. It’s such a predictable formula that inputting the description into a spreadsheet might be one of the most satisfying realizations of entertainment.

I’m not here to dissuade anyone from the appreciation of entertainment. Moreover, I’m here to applaud those that have mastered the formula to gain the funding to continue their craft.

Professional studio sound right from your home. Services designed for you.